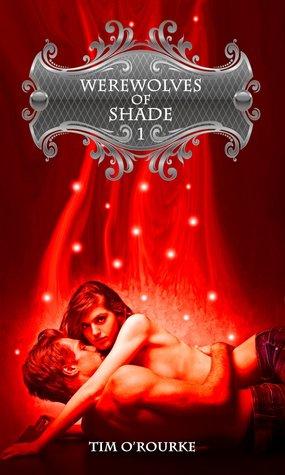 From Tim O’Rourke #1 bestselling author of ‘The Kiera Hudson Series’ comes ‘Werewolves of Shade’ a werewolf romance with a twist.

When the entire population of Shade go missing, investigative reporter Mila Watson knows this could be the big break she has been waiting for. Setting off into the mountains to the village of Shade, Mila soon learns that the village isn’t as deserted as she first believed it to be and that creatures lurk in the shades…

Note: This ends in a cliff-hanger. Part Two will be released 13th February 2015 and is now available for pre-order.

Another brilliant read from Tim O’Rourke! I love how he packs so much into this short, 72 page paranormal romance. Werewolves of Shade, part one of the Beautiful Immortals series is also a mystery with a hint of horror that is fast paced and will keep you on your toes. Every time I pick up an O’Rourke book I feel a sense of excitement as they never fail to impress and intrigue, with fantasy running through every single read!

In Werewolves of Shade the reader cannot help but sympathise with Mila Watson. After being brought up through her teenage years by her uncle after the disappearance of her parents, she has never let go of her curiosity and need to find out exactly what happened to them as they had left to investigate the village of Shade and never returned.

The war between vampires and werewolves was long over, but left the towns and villages in ruins. It was only a myth that a witch had had a part to play in the ending of the war. But was she real, or was it purely a myth? As Mila has grown into a fine young woman and discovered the truth of her missing parents she needs  to find out exactly what became of them and to investigate the myths surrounding the vamps, wolves and possible witch!

But will she really find it so easy to leave her uncle behind? After all, he has brought her up, cared for her, taught her to be the person she is. And then there is Flint. Her best friend, her lover, and the one person she has been able to grow up with, confide in and share her time with. Are they together because they are close friends and need to feed their desires, or is it really love?

As well as being a beautiful love story and paranormal mystery there are scenes of action and a little violence. I LOVE how short and snappy Tim writes, straight to the point, the heart of the scene. This allows the reader to imagine every second as you get pulled in and feel the fear, panic and intensity. The characters are so easy to like and understand, and the mystery keeps you guessing.

The cliffhanger is brilliant and I can’t wait to read part 2 of the Beautiful Immortals. Whether you’re an O’Rourke fan already, or simply looking for a new paranormal romance with mystery you’ll love Werewolves of Shade!!

A copy of Werewolves of Shade was provided by the author for the purpose of an honest and fair review.

Werewolves of Shade (Beautiful Immortals, Part 1) by Tim O’Rourke is available at Amazon US and Amazon UK.