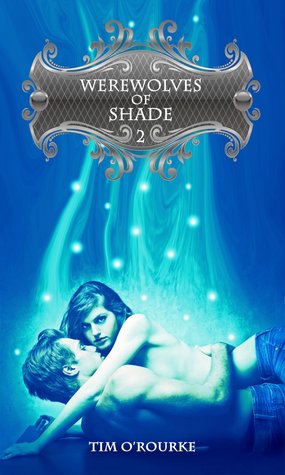 Freshly released on 13th February 2015 from Tim O’Rourke, #1 bestselling author of ‘The Kiera Hudson Series’, comes ‘Werewolves of Shade #2’ a werewolf romance with a twist.

Blurb: When the entire population of Shade go missing, investigative reporter Mila Watson knows this could be the big break she has been waiting for. Setting off into the mountains to the village of Shade, Mila soon learns that the village isn’t as deserted as she first believed it to be and that creatures lurk in the shades…

Wow! This one had me on edge throughout the whole story! It was read in one sitting as I couldn’t put it down. Not only are we faced with a paranormal mystery, there is an ongoing eerie atmosphere and the book is psychologically effective as fear and confusion are brought to the fore.

Continuing on exactly from where we left off in Werewolves of Shade #1 (please click title for review), Mila has now reached the village of Shade and is now facing the possible threat of something or someone following her, and meeting three new characters in Calix, Rea and Rush. Just who are they? Mila thought everybody in Shade had disappeared – obviously not! Will they keep Mila safe? Or are they a threat?

There are many questions surrounding them, but with Mila too afraid to ask in case it raises suspicion from them on who she is, Mila has to keep her mouth shut.

Tim O’Rourke creates an intensifying atmosphere throughout, and the reader will feel just as ‘trapped’ in Shade as Mila. She is fearful, and could leave (we think!), but her curiosity and need to find out what happened to her parents leave her not wanting to leave until she has all the answers.

However, aside from being wary of her three new ‘friends’, Mila also has a sense that she is being followed. There are times when she thinks that she can see eyes watching her in the dark, but doesn’t want to say anything until she knows the circumstances of Rea, Calix and Rush. The tension and fear factor are a definite high in this episode, with great build-ups and mood setting!

“The feeling that I was being watched was like a hot blade sliding into the back of my skull.”

And, what another great cliff-hanger?! Tim O’Rourke knows just how to keep the reader dying for their next fix – because that is what his writing is – ADDICTIVE! An absolutely brilliant read, and not too long before part 3 is released, on 1st March!!

A copy of Werewolves of Shade #2 was provided by the author in return for an honest and fair review.

Werewolves of Shade (Beautiful Immortals #2) by Tim O’Rourke is available at Amazon US and Amazon UK.