I LOVED reading books 1 & 2 of The November Lake Mysteries by Jamie Drew. This is a mesmerising mystery series for Young Adults and adults alike. Originally released as a prequel series for Tim O’Rourke‘s Keira Hudson paranormal series, it has been reworked and brought to life some brand new characters in November Lake and Kale Creed, two young police recruits. A step in a different direction for O’Rourke away from the paranormal and into the mystery and crime.

And what’s more, Book 1 (ebook) is currently FREE on Amazon!!! 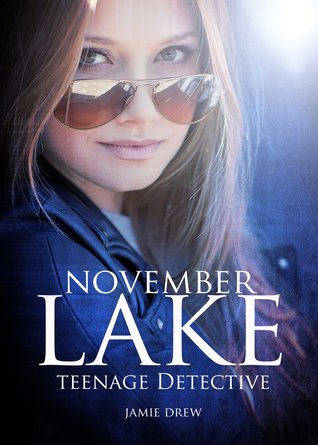 Blurb: When 18-year-old police recruit, November Lake, joins training college, her curiosity and desire to solve mysteries soon has her investigating a series of creepy and chilling crimes.

With the help of her friend and colleague, Kale Creed, November is soon caught up in a dark world of strange and inexplicable mysteries, each with a deadly twist.

The Dead Girl In The Room

The Kidnapping at Blackwater Farm

Originally a Young Adult mystery prequel series belonging to Tim O’Rourke‘s Keira Hudson paranormal series, November Lake: Teenage Detective was reworked and released under the pen name Jamie Drew. Taking a step away from the paranormal, and into the mystery and crime genre, November Lake: Teenage Detective follows a young police recruit, November, as she solves mysteries, seeing things much quicker than most – working out how a crime has been committed and being able to explain why it must have been a specific person who carried it out.

November is a very likeable character with a great deal of intelligence and wit. She is very quick off the mark, being able to take in her surroundings at the same time as holding a conversation and weighing up possibilities in her head. By piecing her puzzles together and seeing much further than most in such a short amount of time she manages to solve many mysteries. However, this does come at a price where she acts upon her findings immediately and places herself in danger in order to finish her work and prove her findings.

I love how each story is a separate mystery for November, however the book as a whole is continuous and follows November through Police Training School and preparing for her exams. In this first instalment we are treated to three fantastic stories from November finding a colleague’s dead body (The Dead Girl in the Room) to a kidnapping (The Kidnapping at Blackwater Farm), and then the mystery of a ‘disgusting creature of a man’ coming to search for his dog in The Menacing Stranger.

Each story has November teaming up with fellow officer, Kale Creed, and shows the early signs of a great partnership between them. There are also signs of a deep friendship brewing as they spend time away from work to study for their exams. They stick together really well at all times, and I love the way they bounce off each other with their thoughts and humour.

With some nice twists throughout you will find that during many scenes not all is as it seems. During the second story, the kidnapping, Lake and Creed feel they have no option but to intervene which winds them in a great deal of trouble and danger. After being driven off a country road and seeing the car that raced passed also lose control they begin to check the area and try to call for assistance.

“The trail soon petered out or became invisible amongst the wild thorny shrubs and bushes that covered the slate walls on either side of the country road. The fog was still dense and surrounded us like smoky cloud. It muffled any sound, drowning our world in silence. The whole effect was disorientating, and it wasn’t long before I had lost all sense of direction. I rummaged through my coat pocket for my phone… I plucked my phone from my pocket. There was no signal.

“I haven’t got a signal either,” Kale said, standing beside me, phone in hand.”

Whilst the third short story is probably the most eeriest of the three. Again, not all meets the eye but the whole book creates so much mystery and curiosity for the reader you simply can’t put the book down until you have all of the answers.

I can’t remember reading this much mystery packed into short stories. The author certainly has a way of telling them, making them believable and so full of life. After reading this first instalment I had no hesitation to read the second. I’ll definitely be reading more from this series! 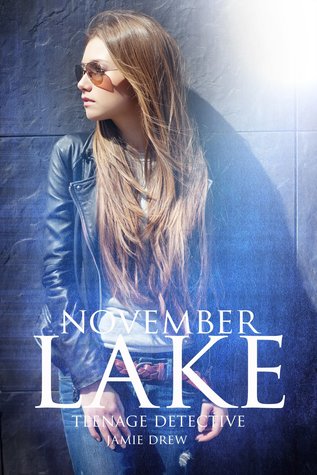 Blurb: When police recruits November Lake and Kale Creed are ordered to stay away from each other by Sergeant Black, they can’t help but be drawn back together again.

Working side by side, November and Kale solve four more grisly and chilling mysteries. The first deals with deceit, the second betrayal, the third revenge and the fourth the greatest mystery of all – love.

The Death at Hook Inn

The tales of November Lake and Kale Creed continue in book two, separated into four fantastic mysteries. Police trainees, Lake and Creed, are running before they can walk in the eyes of their Sergeant, Sgt. Black. Although they have cracked three great mysteries together in The November Lake Mysteries #1, their Sergeant can see the danger they are drawing themselves into, as well as not always following police procedure and waiting for assistance.

Therefore, at his request Lake and Creed are to spend some time apart whilst away from work for a week. The only trouble is, they have slowly begun to develop some feelings for each other that may be a little too much for them to be apart. In truth, neither one has ever felt lonelier. But, their jobs are on the line if they disobey orders, and so they need to fill their time with something more constructive.

November needs to distance herself. She can’t risk annoying Sgt. Black and losing her job. She wants to be a properly trained copper in order for her to later find her father’s killer. She knows there’s no chance she will ever get a chance if she messes up. Therefore, she goes to visit her father’s grave 20 miles away. Although trouble is never too far away from her… Lucky for her Kale is so lost without her he tries to find her when she doesn’t respond to any of his messages. But will he reach her in the nick of time?

After noticing Lake at her father’s grave, Father Rochdale approaches and begins to converse with her. Finding out that she is alone, on a break from work and a police officer in the making, he invites her to stay and investigate the strange happenings of a butcher’s knife being left outside his bedroom door. But not all is as it appears as the twists will show, and The Reappearing Knife will leave you more than a little petrified!

Not ready to go home Lake then stays at the nearby inn, The Hook Inn, where not before too long a murder is found to have taken place. Not ready to call for assistance for fear of Sgt. Black finding her name involved Lake takes it upon herself to find out how it took place and by whom.

With the heat of the drama and need to get away, Lake and Creed drive up to his parents house to keep away from any possible action. However, what is meant to be a fun night at a séance for Kale to see how November could prove the psychic a cheat (just between themselves), it turns into yet another murder right before their eyes. But in the dark, barely candlelit room nothing can be seen for certain!

As well as the eeriness and mystery in Splitfoot & the Dead Girl, there was also a small amount of humour. Not only was Kale sceptical of the psychic and the whole meaning of the séance, but when they are all sat around the table in the darkened room, with nothing but the faint glow of the candlelight, he likens the face of the psychic to that of a pumpkin!

“I guessed the darkness added to the whole illusion and gave camouflage to the trickery that was about to take place. I looked at November, who was staring up the table at the psychic. The light from the solitary candle before Splitfoot lit up his face in a gold and orange glow. It was Halloween all right, and he was the pumpkin.”

I love how each separate short story follows on from the story of November and Kale, and also how it can be read in chronological order , following the early career life of November Lake. The November Lake Mysteries #2 is written from both points of view, November and Kale, making a very interesting read with how the characters’ feelings towards each other are changing and the reasons they think that the other has for behaving in a certain manner.

The style of the writing is fascinating and reader’s will be gripped, wanting to keep on reading. Both November and Kale are easily likeable characters, even moreso in this second book of the series as the reader knows them so much more and can easily see how these two have grown closer. They are both lonely, without or away from family, working together and living to solve mysteries. The author has shown a beautiful build-up of emotion between the two which I suspect will grow ever stronger in the subsequent books of the series.

Copies of November Lake: Teenage Detective (The November Lake Mysteries #1 & #2) were provided by the author in return for honest and fair reviews.

Please note that prices are subject to change.

The third instalment of The November Lake Mysteries is set for release on June 26th, 2015, and is available for preorder.